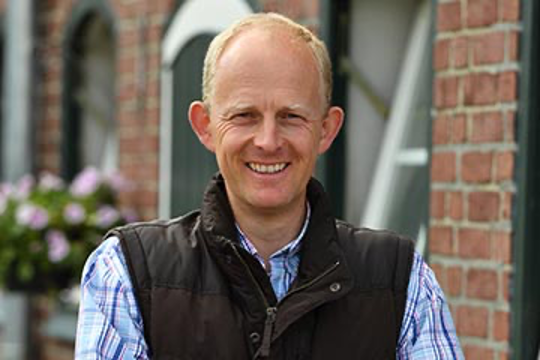 Jef got bitten by the horse bug in his childhood when he would follow his father, Raf who was also a vet and active rider to work.

He graduated from the University of Gent in 1996 and after gaining some experience in Europe he started his own practice in 1997. At that stage he was still competing in eventing and rode in the European Championships, World Championships as well as competing for Belgium at the 1992 Olympic Games in Barcelona!

As an official FEI vet he is very active with the Belgium Federation. From 1999  he has supported the top Belgium horses in selection competitions, National competitions and Championships , Olympics and Paralympic Games as team vet. He sees any problem encounted by sports horses as a challenge, this is why he tries to stay ahead with all new treatments for orthopedic and related problems.

My horses don’t only go to Jef when there is something wrong, he will also check the horses through the year according to their competition schedule to make sure they are always in top form.